Dirty drinking water is a huge problem in developing countries. Everyone should be able to drink water without suffering yet 15,000 Indonesian children under 5 die every year from unsanitary water.

Nazava water filters allow low-income families to produce clean water without burning wood or using electricity to boil it. So they not only reduce sickness and disease, they reduce household costs and carbon emissions. Nazava currently saves 10,000 tonnes of CO2 a year and serves 200,000 people. 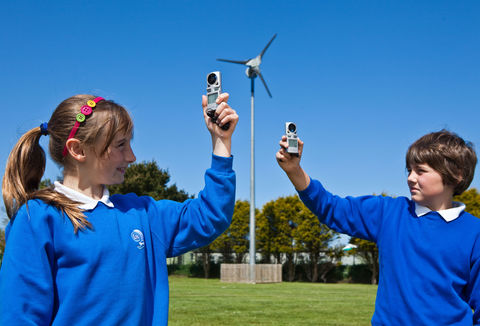 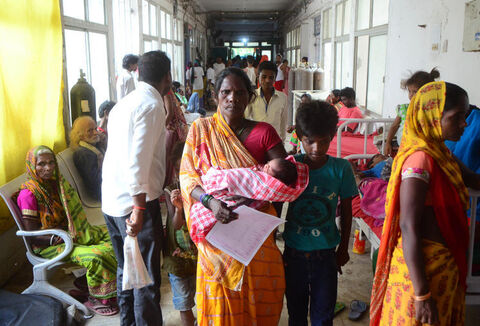 Most people in Indonesia rely on wells or springs for their water supply, and even where tap water is available it is never safe to drink. Some 15,000 Indonesian children under five die annually from waterborne diseases such as diarrhoea. Nazava water filters enable lower income households to purify their well or tap water without the need to boil it by burning wood or using electricity. This reduces disease and sickness, lowers household costs and reduces CO2 emissions. The company has sold 53,000 water filters and reached 200,000 people since 2009.

Over 53,000 Nazava filters have been sold, and around 200,000 people currently benefit from clean drinking water.

Anecdotal evidence is that the incidence of diarrhoea is substantially reduced in homes with filters. Households also save money because it is much cheaper to buy a Nazava filter than to buy treated water or the fuel to boil it. Eliminating the use of fuel to boil water cuts greenhouse gas emissions, saving about 10,000 tonnes/year CO2.

A candle can provide around 7,000 litres of drinking water, meeting WHO and Indonesian standards, which is about two years of typical household use. After this, it can be replaced. To date, based on Nazava’s sales data, about 15,900 households have replaced their filter candle – a clear indicator that the household values the filter and wants to keep on using it. Sale of replacement filter candles also provides an important ongoing income stream for Nazava and its resellers.

An estimated 40,000 Nazava filters are currently in use, providing about 140 million litres of clean water per year to 200,000 people in their homes. Few of those people previously had safe water: one Nazava survey found that, prior to using filters, 89% of households drank water that was potentially unsafe.

With a Nazava water filter you don’t need to boil water. That’s good because people don’t do it correctly. They turn the stove off as soon as the water comes to the boil, then wonder why their children fall sick so often.

A 2012 demographic and health survey by the Government of Indonesia found that about 70% of households boiled water in an attempt to make it safe, with similar numbers using wood and LPG. Nazava filters eliminate the need to boil water, thus saving energy and cutting greenhouse gas emissions. Based on the household survey data, an estimated 10,000 tonnes/year CO2 is currently saved.

The solution Nazava developed is a low-cost water filter, made using two locally-available transparent plastic containers. Untreated water is poured into the top container in the evening and it trickles under gravity through a ceramic ‘filter-candle’. This filters out pathogens and particles and also reduces chemical contamination thus improving the taste and odour. By morning there is a day’s supply of safe drinking water in the lower container, which can be dispensed through a tap.

The filters are made in different designs in order to be aspirational as well as functional household items.

The filters are made in different designs in order to be aspirational as well as functional household items. About 70% of sales are through a network of 122 local resellers, who sell in different parts of the country, including in remote regions, and also provide education about safe water and hygiene.

Nazava has developed an effective rural sales network, through identifying and training local people as resellers. Those willing to invest in stock can become ‘direct resellers’, buying products from Nazava, selling them at a profit, and making on average about US$50 per month. After a successful trial period, a direct reseller can get an interest-free loan from the US crowdfunding platform Kiva, to purchase more products at lower cost. People who do not want to invest in stock can still be involved as ‘partner resellers’. They collect orders and earn a commission on each sale. Many resellers have sales agents working under them to extend their sales reach to more remote areas.

Most rural customers are women, and pay for filters in cash or in instalments through a village savings and loan group. The network of 122 resellers (69 female) provides about 70% of Nazava’s filter sales. 20% are through NGO partnerships in Indonesia and elsewhere, and about 10% of filters are sold directly.