The variability of wind is managed by linking turbines to an electricity grid, combining wind power with other forms of renewable energy and using energy storage.

How wind power is used

Most grid-connected wind turbines are installed in groups or wind farms. Installing a large group of turbines reduces the average installation and operating cost, but can make them very visible in the landscape. An assessment of the environmental impact of a wind farm is therefore usually required for planning permission to be given. This is one area that Ashden Award winner Dulas specialises in, in addition to other services such as feasibility studies and wind monitoring.

Ashden Award winner Ecotricity installs large wind turbines (1 to 3 MW) individually and in small groups, rather than in large wind farms. By siting turbines sensitively and also using a design that does not need a gearbox, and therefore produces less noise, Ecotricity has been able to get local support for sites which are closer to villages and towns. 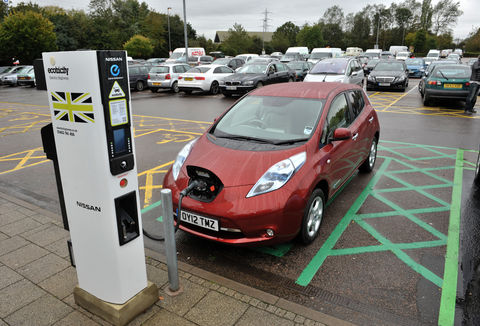 Wind power can also bring economic benefits when a community invests in a local wind farm. Ashden Award winner AliEnergy helped the Gigha Community Trust to raise finance for three 225 kW wind turbines that now provide two thirds of the electricity needed on the island. All revenue from sales goes back to the Trust, to pay back loan finance and fund community development. Another winner, Energy4All, has enabled communities to invest in cooperatives that then build wind farms, or own a share of a larger wind farm, with the returns going back to investors and also to the community.

A number of Ashden Award-winning UK schools have installed smaller, grid-connected wind turbines in their school grounds, between 5 and 10 kW in size. These are valuable for teaching as well as reducing the schools’ energy bills and CO2 emissions. How schools fund the installation of a turbine varies: Cassop Primary School, in Durham, had their turbine installed by the county council, while Sandhills Primary School, in Oxford, raised funds from local businesses, pupils and parents.

The cost of installing wind turbines in a wind farm depends on where they are sited, and how any are installed. Typical 2015 levelised costs of energy for onshore wind turbines ranged from US$0.5 per kWh (in China) to US$1.2 per kWh (in other parts of Asia), according to the International Renewable Energy Agency. It is more difficult and costly to install and maintain wind turbines offshore than onshore, but the capacity factor is higher, making up for the higher cost to some extent.

Supplying around 4% of global electricity

Wind turbines use blades shaped like aircraft wings, mounted on a central shaft. The force of the wind turns the blades, converting the energy of the wind into mechanical energy of the rotating shaft. This shaft is then used to turn a generator to produce electricity, or to operate a mechanical pump or grinding mill. Most modern wind turbines are used for electricity generation.

In most wind turbines the rotating shaft is horizontal. A mechanism is therefore needed to automatically turn the blades to keep facing the wind, whatever direction the wind comes from. In small wind turbines, the vane down-wind of the blades keeps the blades aligned, but larger machines use electronic control. Some turbines use a vertical axis of rotation, so don’t need to be turned to face the wind, but they are less efficient than a turbine with a horizontal axis.

The amount of energy available in the wind is proportional to the cube of the wind speed — so when the wind speed doubles, the energy available increases eightfold. To operate effectively a wind turbine must therefore be situated in an area with high average wind speeds and minimal turbulence. The speed of the wind increases with the height above the ground, so turbines are mounted on tall towers. Wind speeds can vary significantly with location, even between sites a few kilometres apart, so a potential site for a large wind scheme is monitored for up to a year to determine if the wind speeds are high enough.

Concerns over effects on radar, wildlife and aesthetics sometimes limit the number of potential onshore turbine locations, which has led to the construction of offshore wind farms. The wind is often stronger and less variable over the sea, so a growing number of wind farms have been built offshore, but the increased difficulty of construction and maintenance means an offshore wind farm costs more to build and operate than an onshore one.

Most wind turbines supply electricity to a national grid, so it is essential that they produce electricity at the right voltage and frequency. Traditionally, most used a gearbox to couple the shaft to the faster-rotating generator, but many turbines now use direct-drive generators and power electronics to feed electricity to the grid at the correct frequency, allowing the turbine to rotate at the ideal speed for the wind conditions. Small wind turbines are also used in off-grid systems, usually with rechargeable batteries so that the variable wind supply can be matched to the demand for the electricity.

The rated output of an electricity-generating wind turbine is the electrical power produced (in watts, W) at a standard wind speed, usually between 8 and 15 m/s. The wind does not blow steadily at this speed and the average power generated over a year is typically 30% of the rated power: this is termed the ‘capacity factor’. The range of wind turbines on the market is enormous – from 50 W battery chargers with blades 0.25 m long, up to 8 MW turbines with 80 m long blades, for use in off-shore wind farms.