When it comes to climate change, simple maths shows these warnings are no exaggeration. The rate we’ll need to cut carbon emissions could almost double in just four years, if we don’t change course today. With every passing month, the challenge ahead becomes so much harder. 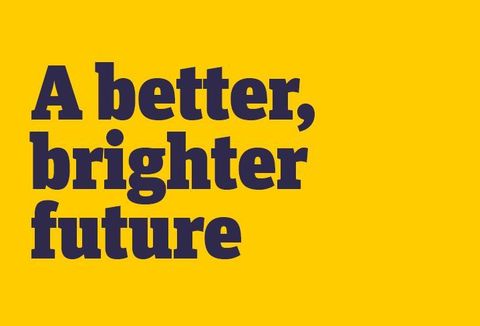 Climate experts agree that to keep the planet safe, we don’t just have to stop carbon emissions rising – we have to make big cuts. Failing to do so will mean global average temperature rises of more than 1.5C, threatening long-lasting or irreversible changes to our world, such as the loss of whole ecosystems.

But the emissions that drive global warming continue to grow. Our annual emissions from fossil fuels and industry alone were about 37.1 gigatonnes of CO2 (Gt CO2) in 2018, up from 33.1 Gt CO2 in 2010.

In October the world’s authority on the impact of carbon emissions, the inter-governmental panel on climate change (IPCC), released a major report. It said that in order to limit warming to 1.5C, we need to lower emissions to 18.2 Gt CO2 by 2030.

If we cut emissions by 5.8% a year, starting this year, we will hit that 18.2 target. But every year we let emissions to continue growing, the annual cut needed becomes more dramatic:

Help us go further, faster towards a sustainable future

These numbers show that even a small delay to climate action will have huge consequences.

We need historic change – not business as usual

To put the rates above context, the only year emissions fell in recent times was 2009, when the global financial crisis hit economic activity, leading to a 1.3% reduction in emissions. But in 2010 emissions rose again, growing at 5.9% (the average growth between 2000 and 2010 was 3.1% a year).

So even achieving the 5.8% reduction would mean action with a bigger impact than the financial crash.  The recent IPCC report calls for “rapid and far-reaching” changes in land use, energy, industry, buildings, transport, and cities.

As the report was launched, Jim Skea – co-chair of the panel’s working group on mitigation – said: “We have presented governments with pretty hard choices. We have pointed out the enormous benefits of keeping to 1.5C, and also the unprecedented shift in energy systems and transport that would be needed to achieve that. We show it can be done within laws of physics and chemistry. Then the final tick box is political will. We cannot answer that. Only our audience can – and that is the governments that receive [this report].”

The IPCC report was targeted at politicians – but a problem this huge and urgent needs change from every corner of society. That’s why Ashden supports a host of organisations working on the frontline of the fight against climate change. We connect them with funders and partners, give them advice and business support, and share their knowledge with the world.

We’re focused on scalable innovation – ideas with the potential to drive big change around the globe, as fast as possible. Ashden Award winners have already prevented millions of tonnes of CO2 emissions. Their success includes enabling smart electricity grids and electric vehicle charging, helping households in Nigeria switch to solar power, and much more. On 3 July we’ll highlight even more good ideas at this year’s award ceremony.

The challenge ahead is massive, and it really is now or never.