The number of refugees and displaced people worldwide has been rising for a decade, and the climate emergency is set to drive more displacement in the years ahead. Access to energy is a key challenge faced by those forced to flee their homes. But this crucial issue is often on the sidelines of the world’s response to the refugee crisis.

That’s why we have launched our first humanitarian energy award – honouring work that provides electricity from renewable sources, safer cooking and improved energy efficiency in humanitarian settings - We are keen to find partnerships that can deliver ambitious, high-impact support for refugees, drawing on the effort and knowledge of refugees themselves.

More than 131 million people across the world need humanitarian support, and roughly half of these have been forced to flee their homes in search of safety. Most do not end up in rich nations – they stay in their own country or others nearby, which are often unstable and rarely wealthy.

Experts Glada Lahn and Mattia Vianello report that about 80% of people living in refugee camps have minimal access to energy for cooking and heating, and about 90% have no access to electricity.

Life without reliable energy brings particular problems for displaced people. It stops them making phone contact with missing loved ones, and forces people – mainly women and girls – to search outside the camp for firewood. Doing so puts them more at risk of sexual violence, increases deforestation and can pit refugees against local people in a struggle for scarce resources.

Despite huge efforts by some staff, humanitarian agencies are rarely able to make energy a priority. Unlike other important issues such as shelter, food or education, there is rarely an appointed lead organisation for energy in any particular camp. And across the sector, there is little energy expertise or sharing of data and knowledge.

Funding for work helping refugees is extremely scarce. And for political reasons their presence is often treated as a short-term problem by those in power – despite the fact that refugee camps often become settled communities. The Dadaab Refugee Complex in Kenya, home to more than 200,000 people, was established in 1991. Zaatari in Jordan, which supports about 80,000 refugees, was established in 2012.

This may be one reason why there is a particular shortage of long term, multi-year funding to help refugees – the sort that helps great projects prove their worth, grow and spread around the world-. And there are signs this problem is getting worse. A recent report from the world’s leading refugee agency, the UN High Commission for Refugees, said that in 2018 multi-year funding contributions fell from 16% to just 2%.

This issue can stop traditional humanitarian organisations – the UN, charities and government agencies – connecting with partners who could transform energy access for refugees. A microgrid developer, for example, might need to sign a long-term contract for their work to be financially viable. But if the money can’t be guaranteed over several years, the business case no longer adds up.

We also want to uncover solutions that harness the entrepreneurial power of refugees themselves. Too often, their abilities and knowledge go to waste. In camps, chances to earn money are hard to come by – partly because authorities are reluctant to let people build settled lives. But we believe empowering people is at the heart of the humanitarian energy challenge. So, we’re looking for solutions that help them gain skills and earn an income by owning, running or maintaining services.

Well-designed projects and programmes can bring a host of benefits. As well as creating new opportunities, the spread of sustainable energy in refugee camps will displace polluting and dangerous energy sources – such as open cooking fires and diesel generators. And, ultimately, lower emissions will help limit climate change that forces more people to flee for safety.

We expect collaboration – between displaced people, NGOs, aid agencies and others – to be a key feature of our eventual award winner’s activity. And ; would be thrilled to see work that moves towards winning support from host governments. Ultimately, we recognise that the scale of the challenge demands systemic change from agencies, donors and others.

Finance-based innovation is crucial. This could ‘de-risk’ markets to encourage private sector involvement, or pioneer new approaches to contracts and funding that encourage long-term investment. It might address how refugees themselves access energy, through voucher schemes or other forward-thinking approaches. Work that puts energy questions at the heart of the humanitarian sector – perhaps by building new teams and programmes to tackle the issue – is also welcome.

The energy access and humanitarian sectors each declare their desire to reach the most vulnerable first and ‘leave no-one behind’. This common goal should drive a shared commitment to tackling this urgent – but neglected – challenge. 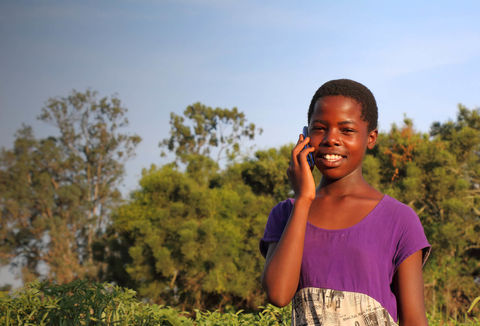 Apply for an Ashden Award for International Development