So, now you’re wondering why your phone’s battery doesn’t die after ten minutes’ use – the answer is that most of the energy use caused by your online activity is not happening in your phone itself, it’s all the other technology that’s busy working to feed data to you. Ericsson estimated in 2015 that each gigabyte (GB) of data took 2 kWh of electricity to transport over the mobile network – a lot more than that used in your phone, or even than that used in the data centres run by Facebook or Google.

Now, this still isn’t a huge quantity of energy compared to heating your home or transport use, but monthly data use per person is expected to grow from about 1 GB in 2014 to 7 GB in 2019. If you’re using the internet via Wi-Fi at home, or through a public hotpost, the energy use is lower but still important to pay attention to.

So what can be done to minimise the growth in the energy use of the internet, or even reduce it? As with many energy efficiency topics, the journey starts with you – the end user. The more you use your phone, especially for data-intensive activities like watching video, the more energy will be consumed. And if you absolutely have to watch that video of a kitten doing something amusing, then doing it over Wi-Fi instead of the mobile network will cut the energy use.

Of course there’s also the data your phone’s using when you’re not looking – social media and email apps access the internet to push notifications to you, while weather widgets repeatedly check for new forecasts, so you always have the latest data when you look at your phone.

If you can bear to turn off Wi-Fi, the energy savings increase further still

But do you really need it? If you turn off mobile data when you’re not actually using it, all of this stops, plus you get the added benefit of longer battery life and fewer interruptions to your conversations. If you can bear to turn off Wi-Fi too, the energy savings increase further still.

There’s also more that app developers could do, such as reducing the default frequency at which their apps check for updates, and only downloading data that is really necessary.  Although perhaps this doesn’t fit well with advertising-funded services where auto-play videos and frequently changing adverts are becoming the norm. Maybe Apple and Google could make changes to their phone operating systems to cut back on apps using data in the background too? 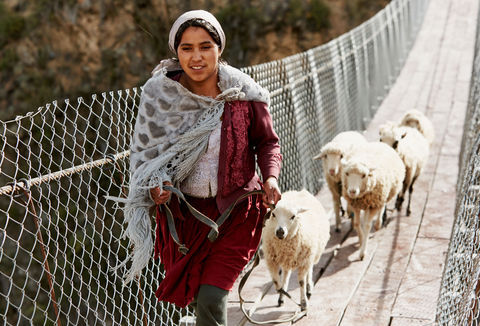 Moving beyond your phone, the companies that build mobile networks are working hard to reduce energy use – Ericsson expects the energy intensity of the mobile network to have dropped from the current 2 kWh/GB to 0.25 kWh/GB in 2021. But there will still be older network hardware in operation, and the volume of data will be rising faster than the energy use is falling, so keeping data use to a minimum is still important.

The backbone of the internet itself, such as optical fibres, undersea communications links and name servers are all using power too but don’t have as much impact on the energy use per GB as they handle such large quantities of data.

At the far end of the complicated chain of technology is the data centre where the computer servers that actually store and process the data for your phone are housed. Data centres have become well known for being big energy users, but the newer ones built by the likes of Amazon, Google and Facebook are actually quite efficient once the number of users they serve is taken into account.

While the energy use of the internet is currently small compared to transport or heating buildings, it is growing and needs to be monitored.

However there are many older data centres too where the servers are generating more heat and the cooling systems are less efficient. These can be retrofitted to reduce energy use – Alquist, one of our 2016 Award runners-up, provides an innovative system to accurately measure temperature throughout a data centre, allowing the energy used for cooling to be reduced.

In summary, while the energy use of the internet is currently small compared to transport or heating buildings, it is growing and needs to be monitored. While some of this can be left to the businesses that run data centres and build network infrastructure, we can all play a part in reducing the energy use through changing the way we use our phones. 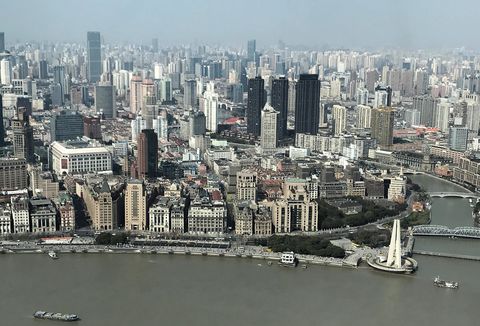 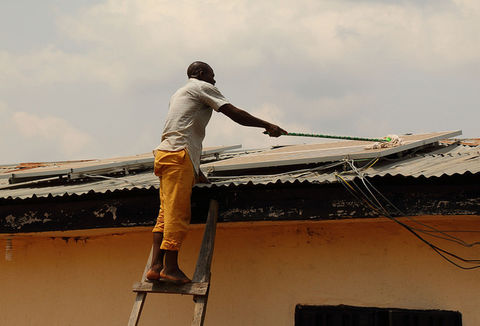 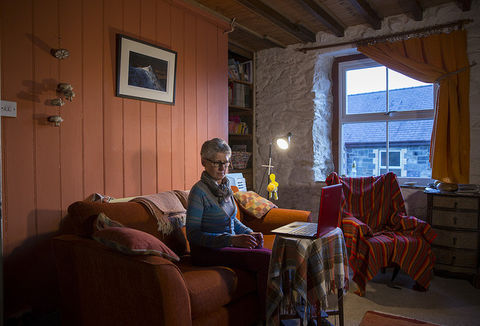