It’s been a busy few weeks at Ashden, from showcasing some of our winners at the #Sevenfor7 event in New York, hosted by Sustainable Energy for All, to talking to over 60 local authority officers, councillors and charities at our Climate Action Co-benefits Toolkit launch in Lancaster, to exploring how we can expand our liveable cities work at the C4O Cities summit in Copenhagen.

Here are just a few highlights:

They reached 1 million members this week, and it happened to coincide with #LiftshareWeek. Their simple business model connects commuters to others making similar journeys, so they can share the drive, reducing the number of cars on the road. Ali Clabburn, CEO of Liftshare, came and presented at our toolkit launch in Lancaster earlier this week and as an example, showed us that in the city of Lancaster alone, 22,410 people commute by car every day, with an average of 87,261 empty seats. That’s 9 drivers for every 1 passenger.

In the whole of the UK it is estimated that there are over 36 million empty seats in cars on the daily commute. HUGE potential for sharing.  It’s free to join and the average Liftsharer saves arounds £1,000 per year. Not only that, but they also save the equivalent in weight of 27 Orangutans in CO2 per year!

This year, any member that forms a Liftshare team between 30th September and 20th October 2019 will be entered into a prize draw to win a Red Letter day up to the value of £150.

We heard from local councillor Kevin Frea, Deputy Leader of Lancaster City Council, about their declaration of a climate emergency. Local authorities often have better purchasing power and quicker decision-making abilities than central government - exactly why we're working with them on our co-benefits toolkit.

Key takeaway: By connecting climate policy making to the needs of everyone, we can show that the consequence of climate action means people getting things back. It improves lives, through better jobs, more money in local economies, clean air, better health, travel options, green spaces, and warm and cheap-to-heat homes – all engage people on a personal level, helping drive further change through the will of the people.

Alcaldia de Medellin won an Ashden Award this year for their Green Corridors that are helping to clean the air and cool the city – mitigating the urban heat island effect that makes the streets a very warm place to be. In the last month the project has also been recognised on two more global stages, being announced as one of the seven #SDG7 leaders by Sustainable Energy for All as part of New York Climate Week. And just this week, they won the C40 Cities Bloomberg Philanthropies Award for Resilience. They collected the Award in Copenhagen at the Mayors Summit.

This week our Head of Cities, Simon Brammer and CEO, Harriet Lamb are in Copenhagen to talk to key stakeholders and partners and grow our work to help cities become sustainability leaders. You can watch highlights from the Summit in these short summary videos from Simon. 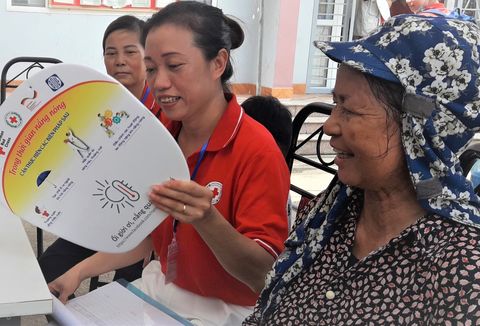