In March, Good Energy announced that we plan to build the UK’s first subsidy-free wind farm. The eleven-turbine scheme will - if it is granted planning permission - be built near Bude in North Cornwall.

The announcement, which was covered in The Guardian, met with a mixed reaction from advocates of renewable energy. Some praised us for our leadership and for demonstrating that onshore wind is ready to stand on its own two feet.

But others were sceptical that the project could be economic. And some seemed irritated that we had undermined their argument that the government should continue to subsidise the industry for a few more years.

Our belief that the project is financially viable, even without state support,  is in large part down to the project site,  which is excellent for a number of reasons (not least the fact that it’s fantastically windy!).

But another crucial factor in making the numbers stack up will be the backing of the local community. We’ve been working on an ownership model which will allow local individuals and groups to own up to 75% of the project.

While the majority of the public is in favour of onshore wind and solar as a means of generating electricity, we know we can’t take the support of local people for granted when it comes to developing new sites near where they live.

So we’re committed to engaging with local communities throughout the lifetime of our own generation projects, giving them the chance to influence the design of our wind and solar farms and ensuring they deliver real, long-lasting benefit for the local community, as well as the environment and the economy. 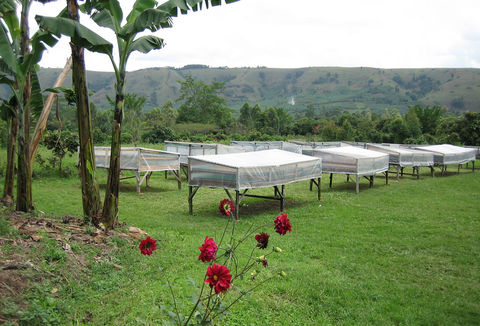 At our Delabole wind farm, also in Cornwall , we created a local tariff that offers cheaper renewable electricity to nearby homes, both as a ‘thank you’ to the local community for hosting the wind farm, but also as a way of ‘closing the loop’ between local renewable generation and supply.

Good Energy has a proud track record of working with communities since we were founded in 1999. We were early pioneers in enabling small generators to connect to the grid and we were rewarding individual homeowners and communities for generating renewable electricity well before the government’s Feed-in-Tariff came into existence.

Over the years we’ve worked with some of the UK’s foremost community energy schemes. We were involved at the outset with the development of the community-owned wind farm and subsequent solar co-operative at Westmill in Oxfordshire.

Through our Feed-in-Tariff and power-purchasing services, we now support dozens of other community-scale generators, from Wedmore Community Solar Farm in Somerset to the community wind farm on the Isle of Gigha off the west coast of Scotland.

We believe that community involvement will be the key to keeping up momentum on renewables deployment in the post-subsidy world. Quite simply, we need people power to build a clean, safe and fair energy future for all.

So we have started to make the case for a policy and legislative framework which more actively supports community energy.  If you’ve got views on this, we’re keen to hear from you – email me at Will.McMyn@goodenergy.co.uk